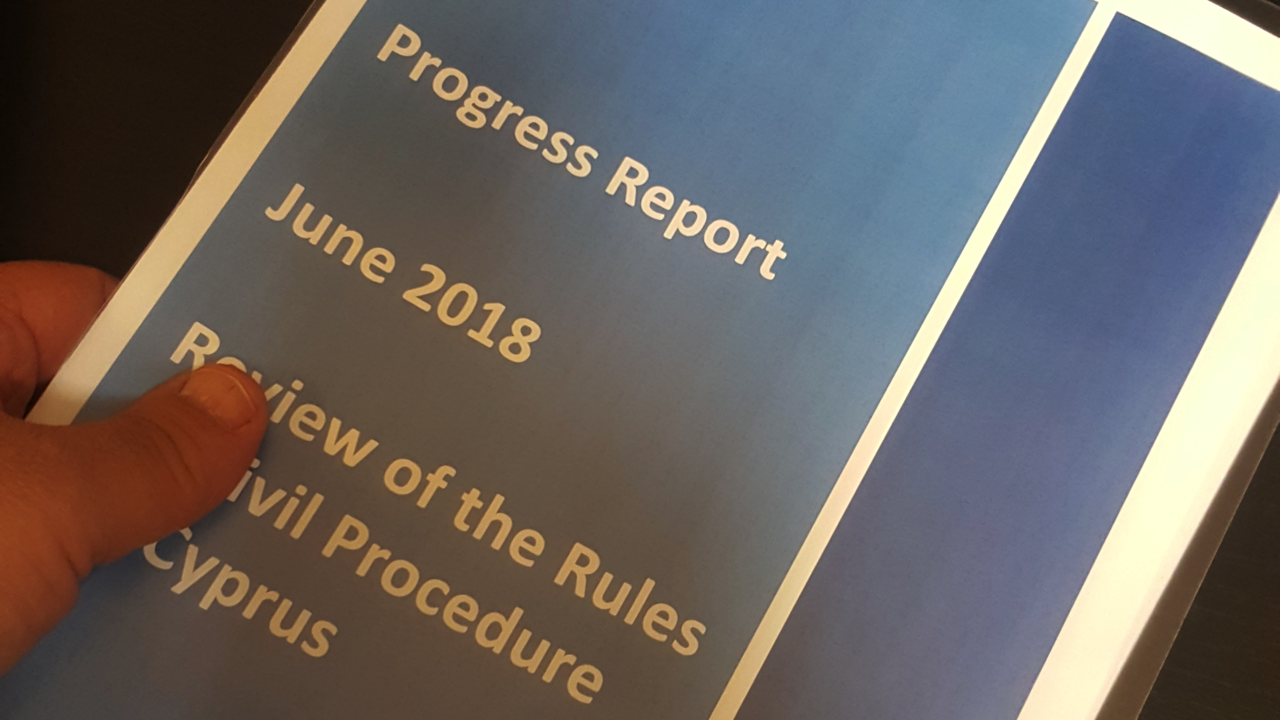 Clients are often contacting Christofi Law way after they have issued proceedings against a Bank in Cyprus to say that they have been served with proceedings by that very same Bank over the very same issue.

Often this is done in a clandestine fashion, with a UK court appointed bailiff appearing at the doorstep and waiving papers furiously at the recipient.

The anxious recipient will often call and say “Chris, I have got these proceedings, but doesn’t the bank know we have already sued them?”

The answer  invariably is “no – they don’t”.

This is hard to understand in an English context where  everything of significance  – and much of little significance – seems to be documented , photographed, digitalised and stored, with every agency claiming rights of access to that information – including the local parking jobsworth.

In Cyprus there is a very different culture. That culture has been remarked upon by Lord Dyson , appointed among others , by the Supreme Court of Cyprus to review the Civil Procedure Rules there following the Cyprus Country Report of 2017  (European Semester). The Rules Committee pointed out at Recommendations  on page 32 of the June 2018 Progress Report  that “ “in drafting a new set of rules sight should not be lost of the conditions pertaining in Cyprus , its culture and customs …”

Much of the Report suggests that the English Civil Procedure Rules (CPR) and UK court practices are adopted by the Cypriot Legal System.

It is the local legal culture  for instance, that leads to circumstances such as the issue of “parallel proceedings”. There is no centralised register maintained by the  banks or lawyers which can extract the fact that proceedings have already been issued, which leads often to a second set of proceedings being issued by the bank and their lawyers.

Remarkably that often appears to be the case even when it’s the same set of lawyers appointed to issue the claim as the ones appointed by the bank to defend the claim.

For the unfortunate client, the result is often that they have to enter an appearance and often defend proceedings by filing a Defence ; usually that needs to be followed by an application alleging abuse of process and a directions hearing where hopefully the local judge will consolidate or strike out .

As most costs in Cyprus are “end loaded” , that is , that the consequences cost wise are left to the end of the action or for the parties to negotiate as part of a settlement. Nearly all happens at the Clients expense of course.

So, would adopting the UK CPR be the solution? Should the Recommendations in Lord Dyson  report be accepted?

Whilst Lord Dysons summary is very helpful indeed and proposed some very good changes,  such as the filing of skeleton arguments  for instance, it proceeds on the assumption that the UK Civil Procedure Rules are the best and could be adopted wholesale. They do not highlight the problems with the UK CPR which are primarily a failure to deal with the super high cost of using the UK system caused principally by the overabundance and enforcement of rules, and the penal nature of non-compliance (the Report acknowledges the  “grave and expensive consequences” of refusing a UK Part 36 offer for instance) ; In reality the UK system is fashioned for high end rollers, using very expensive firms with large numbers of employees. The largest firms in Cyprus may have 20 – 30 Partners and most practitioners there – like in many other European countries – are sole practitioners.

Often problems there are resolved by a friendly telephone call or a polite chat at the first directions hearing, and whilst UK CPR is intended to achieve the same result, the request is incriminatory and often one lawyer will seek the support of the court to sanction the other in a way which is often out of proportion to the “crime”.

In that respect the English system is divisive and for that reason the English CPR could probably pick up a few pointers from the Cypriot culture, which is based on a much more human scale and is  far more forgiving  and proportionate of errors, delays, and much cheaper to access. It has the effect of bringing lawyers together rather than pushing them apart- something the CPR was originally intended to achieve –  and that dynamic is one that, perhaps, should be preserved.

Also in this section